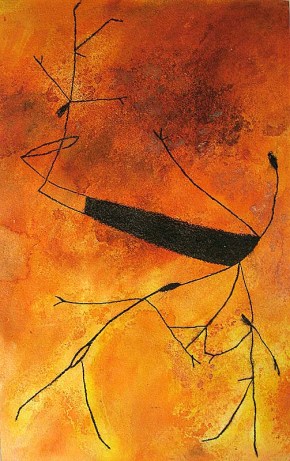 Eric Writes: Ymir is a hermaphroditic giant and the first creature to come into being in the Norse creation narrative. Ymir birthed a male and female from the pits of his arms, and his legs together begat a six-headed being. He produced a son, Borr, who mated with Bestla, one of Ymir’s descendants. From their union came Odin and his two brothers, Vili and Ve. The brothers then slew Ymir and fashioned the cosmos from his corpse, as mentioned in the poetic Edda:

From Ymir’s flesh the earth was created,
And from his sweat [or, in some versions, blood] the sea,
Mountains from bone,
Trees from hair,
And from his skull the sky.
And from his eyebrows the blithe gods made
Midgard, home of the sons of men
And from his brains
They sculpted the grim clouds.